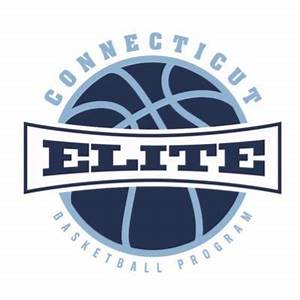 Here were the top performers:

Jakari Tertulien (2022) Bridgeport Prep (CT) - Another player from a loaded Bridgeport Prep team.  Arguably their most talented player.  Higher flyer who continues to get better every time we see him.  He has a beautiful stroke from the outside.  Once he puts it all together and competes on a consistent basis, his stock will rise.

Austin Black - A wing who runs the floor well, rebounds at a very high level and finishes around the basket. Black has the ability to stretch the floor and hit 3’s which made him a match up problem all evening.

Tyler Betsey (2024) Windsor High (CT) - An all-around player at his position who can play the 1-3. Betsey was good at getting to the basket and was very consistent from 3 all evening. A very tough cover and one of the best prospects in the gym.

Jayden Cersosmio- A quick guard who plays both ends of the floor. Cersosmio has great court vision and is a good shooter from 3.

Odin Malz - Hustled and worked the entire showcase. Ran the floor every possession whether he received the ball or not.  Rebounded at a very high clip and defended the ball well. Extremely Coachable player, with a very high motor. Finished at the rim and played through contact very well. A player that will contribute a ton on the varsity level.

Ponce James (2023) Bridgeport Prep (CT)  - Top guard in the showcase. Hand handle both hands, can pass on a dime with both hands, and made all teammates around him better. He defended the ball at a high level, taking the strong hand away from his opponents. Is currently a College prospect. With college shooting range and IQ.

Hakim Montgomery (2023) South Windsor High (CT) – Savvy point guard with the ability to get to the basket.  Makes the right reads on the offensive end.  Dictates tempo, good catch and shoot player.

Alex DePerry - very scrappy guard, in the right spots all showcase. As one of the best shooters at showcase, He hit the open 3pt with consistency. Was a very Coachable player, who shared the ball on the break. Stayed in front of offensive players, and rarely got beat of the dribble.

Caden Monte - great footwork around the hoop. Rebounded at a very high rate. Finished around basket and had a very soft touch from 12-15ft. Ran floor well and did not fatigue throughout Showcase. Made high level finds out of the post.

Christopher Whyte-Luciano - A big guard with a very high motor. Defended the best players every game. Was a floor general with a high IQ for the game. He attacks at the rim as well as rebounded at the rim. He proved the defense time n time again finding his players in the right spot.

Na’Zier Williams (2024) Classical Magnet High (CT)  – Big body player who knows how to use his body.  Although he is 6’1 showed the ability to take advantage of mismatches and posting up smaller players.  Plays through contact.

Liam Conklin - A top prospect at the showcase. Did all the little things to acquire a rebound. Made contact with his man on rebounds and rebounded a high rate. Had a very good midrange shot. Has very good hands and caught everything thrown his way. He finished at the basket very well while playing through contact.

Mysonne Pollard (2023) Bridgeport Prep (CT) - The most athletic player in the gym.  Get to the basket, at will, unstoppable going left.  Explodes to rim finishes well above the rim.  Rebounds outside of his area dive on the floor for loose balls.  He will find minutes on a load Bridgeport Prep team.

Cameron Perez - Knockdown shooter.  Was able to find his spots on the floor and hit uncontested three-pointers.  Competes on the defensive end, Showed the ability to set his team-up.

Amari Cruz - A bouncy forward who rebounds the ball at a high level. Cruz has a high motor and is very active on the offensive glass creating extra scoring opportunities for himself. Had a few good drives to the basket. Has a nice-looking jump shot, but with work could shoot the ball better.

Juwan Slayton - a southpaw guard who played very under control and made the right plays. Slayton knew when to attack, shoot the open shot or kick to his teammates.

Jason Robinson (2023) Crosby High (CT) - 6’4 guard who is a swiss army knife.  Whatever position you need him at he can play and defend that position.  Tough to guard in transition, knocked down shoots consistently all night.

Jadyn Defense - a true NYC point guard. This young man plays both ends of the ball with the same energy. A very tough defender, handles the ball well, knocks down open shots and loves to get to the basket.

Riley Swan - a big guard who many would consider a shooter. Swan knocked down open 3’s and loved getting to his 15 ft pull up. Swan also attacked the basket and did a good job finishing around the rim.

Calvin Monte - A forward who runs the floor, rebounds well and puts himself in the right place for easy scoring opportunities. Monte displayed his size and the skill set which made him a match up problem all evening.

Jordan Ricketts (2024) Bunnell High (CT) - Ricketts moved without the ball well and made a few nice drives to the basketball as well as knocking down some open shots.

Mason Cottrell- a long guard who likes to get out into the open floor and attack the basket. Cortell uses his defense to create extra scoring opportunities for himself.

Michael Ricketts (2024) Kolbe Cathedral High (CT) - Do it all guard who defends 94ft.  Does the little things that do not show up in the stat book.

Brandon Hutchinson (2023) St Joseph High (CT) - a physical lefty guard who caused a lot of trouble for the defense all evening. Hutchinson got into the lane and was able to finish with both hands through contact. Rebounded the ball well for his size and has a very nice stroke from 3.

Ryan Outlow - a forward who was very active on the defensive and offense glass. Outlow kept plays alive on offense due to his high motor and relentlessness to go after missed shots. Outlow created extra scoring for himself by being very active.

Abijah Miller - A big guard/forward who is also long. Miller likes to play at his own pace and plays very under control. Miller hands the ball well and gets to his spots on the floor where he is most affective. Miller does need to be more aggressive on the offensive end, as he has all the tools to be a good scorer moving forward.