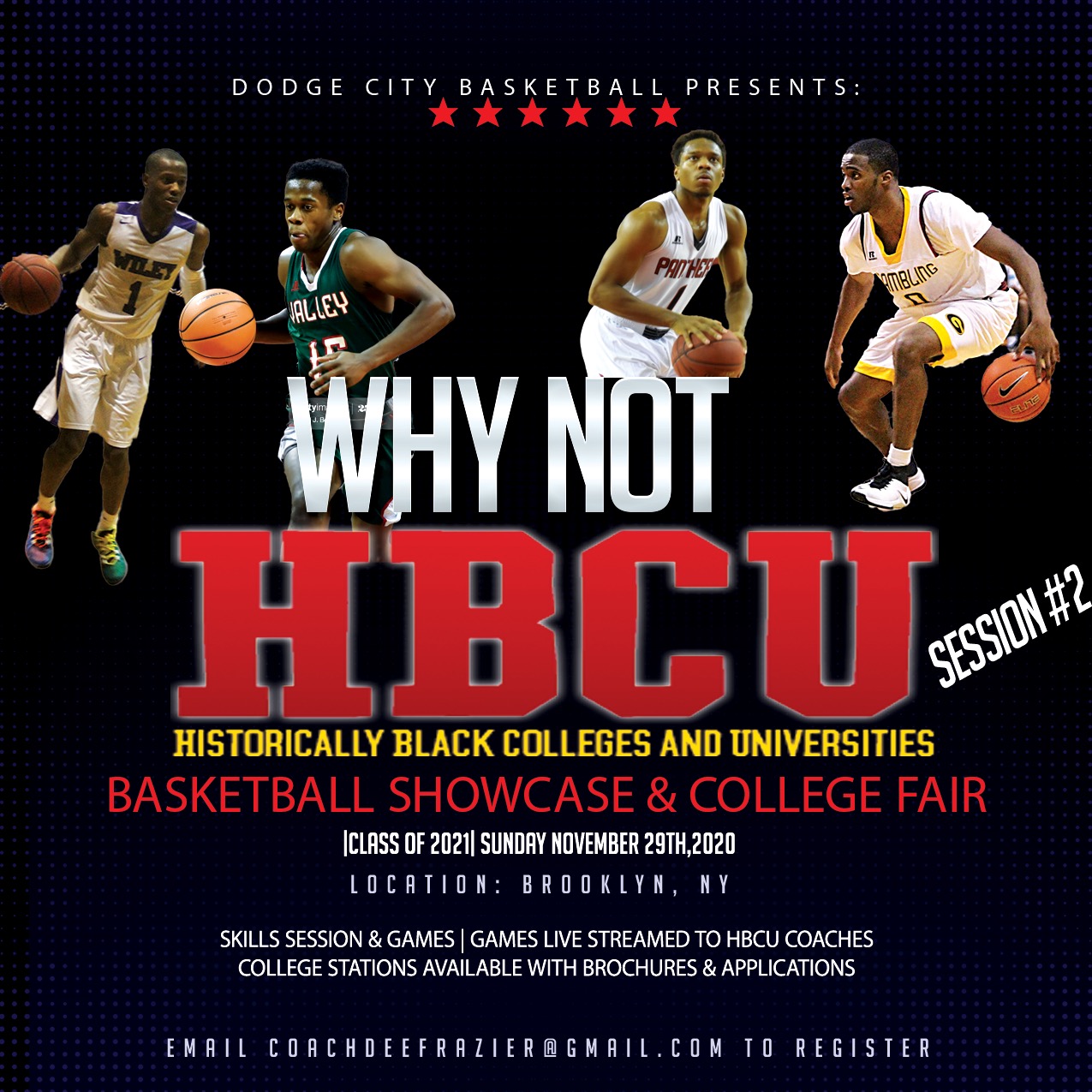 On Novemeber 29, RecruitTheBronx.com paid a visit to the Brooklyn Stuy-Dome in Bedford-Stuyvesant, Brooklyn for the second edition of the Why Not HBCU Showcase. In this showcase in which 30 seniors from throughout the Tri-state area were able to compete for scholarships in front college coaches from historically black colleges and universities (HBCU). Division I, Division II and NAIA levels also watched from a live-stream. Below are the standouts from the event.

Will White, 5-10, Point Guard, New York Military Academy - White is a guard that is conifdent in his game and can make sure his teammates get the much-needed passes that aid them in getting baskets. Is a player that can run a team and has excellent court vision. Is able to get to the basket with precision and is fearless when driving into the lane.

TJ Chisolm 5-6, Point Guard, Salesian High - Chisolm is A guard that is quick and deceptive when on the fast break. Uses his quickness to get past his defenders and is able to score with precision. Plays great defense and is able to get steals at a rapid rate.

Omari Frederick, 6-6, Shooting Guard, Canarsie High - Frederick is a guard that plays big and has a lot of heart when on the floor. Is able to get to the basket with a quick first step and is able to shoot off the dribble. Has great defensive tendencies on the floor.

Xavier Camacho 5-9, Point Guard, Longwood Preparatory Academy - Camacho is a diminutive guard that is fearless when going into the lane for a basket. Likes to get into the lane and shoot over taller defenders. Has great defensive instincts when on the floor.

Keith Mency 6-1, Point Guard, Archbishop Stepinac High - Mency is a guard that provides his team with plenty of energy on the floor and is very active on the defensive end. Has great speed, which he uses to get to the basket and score at will. Has a good jump shot, which he can drain when given an opportunity.

Michael Jackson, 6-2, Shooting Guard, Union City High (NJ) - Jackson is a guard that gives his team plenty of scoring and effort when he’s on the floor. Has a penchant for locking up the opposition on the defensive end and can handle the ball from the perimeter. Is able to get to the basket with ease and is fearless when absorbing contact.

Dontae Prescott 5-10, Point Guard, Thomas Jefferson High - Prescott is a guard that sees the floor well and has excellent court vision at his position. Is able to deliver the ball to his teammates at the right time, which leads to assists and baskets. Has a penchant for shooting jumpers, but his main strength is driving to the basket.

Malik Hodges, 6-7, Forward, Bellefonte High - Hodges A forward that is very strong and can make a big impact on the floor with his size and skill set. Is able to shoot from 15 feet and can put the ball on the floor. Is good at getting rebounds in the post area and using his strength to hold his own.

Khalil London 6-3, Point Guard, St. Dominic High - London is a guard that has great court vision and is great at bringing up the ball up on the court. Has a good frame that can absorb contact when going up for a basket. Has a great shot from long range and knows when to pass the ball to his teammates.

Anthony O’Brien, 5-10, Point Guard, St. Anthony High - O’Brien is a guard that is good at attacking the lane and bringing the ball up the court. Is able to shoot off the dribble and has a penchant for shooting from deep. Is great at setting his teammates up for passes.

Jayden Austin, 6-0, Shooting Guard, Mount Vernon High - Austin is a guard that gives plenty of effort on the court and is able to help his teammates with scoring opportunities. Is a player that can handle the ball in the perimeter. Loves to get to the basket and is able to get to the hole easily.

Kevin Levine, 6-0, Shooting Guard, James Monroe High - Levine is a guard that has good hands and is active on both ends of the floor. Is good for putbacks on offense and is very solid when getting rebounds. Moves well on the offensive end and can create for himself when he has the ball in his hand.

Zakee Keene, 5-10, Shooting Guard, Canarsie High - Keene is a guard that has plenty of energy when on the floor. Is very active when on the defensive end and can get steals when guarding his opponent heavily. Is a player that loves to go to the basket to score.

Justin Roseboro, 6-2, Shooting Guard, Canarsie High - Roseboro is a guard that is very strong and has great physical tendencies and is a good defender on the court. Is very alert when it comes to getting steals. On offense, he makes great decisions when it comes to passing the ball.

Carlos Rivera, 6-2, Shooting Guard, South Bronx Preparatory High - Rivera is a guard that gives plenty of effort when on the floor and is able to make sure that his teammates get to where they need to go on the floor. Is a player that makes hustle plays and can get steals. Is good at hitting his teammates in passes.

Que Johnson, 6-4, Shooting Guard, Bishop Loughlin High - Johnson is a guard that is alert and always ready to go when on the floor. Is always ready to get a rebound and is good for facing the basket when going up for a layup. Is good for bringing up the ball downcourt and making moves on the perimeter.

Jaden Fonseca 6-5, Forward, Susan McKinney High - Fonseca is a guard that has good size and is able to bring the ball up the court. Is a player that has great court vision and is able to decipher when to make a move or when to pass the ball. Is good at making hustle plays on the floor.

Michael Oladitan 6-4, Forward, Vision Academy - Oladitan is a forward that is undersized but is very strong and imposes a powerful presence in the low post. His strong build gives him a chance to get into the lane and score at will, as well as obtain rebounds. Also has good hands, which helps him get blocked shots.

Kyle Jackson 6-7, Forward Vision Academy - Jackson is a forward that is long and agile and uses his length to his advantage by snaring rebounds and excelling on the perimeter. Handles the ball well and has great court awareness when on offense of how to read his defender. Has good scoring tendencies, especially in driving into the lane.